In the Bad Doctor I really empathized with Dr. Iwan James, a doctor who questions whether he's doing a good job, when he often just hopes his patients will just go away, he'll passive-aggressively make up a new policy to avoid saying 'no' to a creepy patient, but he also spends a lot of time talking to his patients and doing his best to comfort and inform them.

He wonders if he's a bad doctor, he could be doing so much more for these people.  When one of his friends suggests he's having a mid-life crisis, he replies, 'more like a whole life crisis.'

I noticed a few similarities between his practice and mine.  Like his patients the patrons I deal with on a daily basis often have bizarre demands, which are occasionally hard to accomodate.  Sometimes I have to say 'no' to people, sometimes I too fall back on some other excuse like Iwan did, to avoid angering someone who looks like they may be on the edge.  Other times although I could help, patrons don't want my help.  Sometimes, like when Iwan has a patient who is wearing his dead brother's dentures, there are patrons who seem like they need particular help in other areas, but all one can ask is..."how can I help you?"  Like Iwan I question myself.  Am I a good librarian?  Sometimes it just doesn't feel like I'm making a difference.  Or that I could be doing more.

I sometimes do get medical questions (which I absolutely can not help with) and people will tell me intimate details of their lives, sometimes asking not for information, but for my personal advice about things from relationships and parenting, to nutrition or my opinion on politics or the superiority of British television.

That was a long digression.  But, in my defense, I was thinking about all of that while I was reading this comic.  It's a very thoughtful story, very well done, the story is very interesting and focuses not only on Dr. James' medical practice, but his own history with mental illness and relationship with his wife, co-workers and friends.  It was a very truthful, sometimes sad, sometimes hopeful, story.

I'd recommend it to those who enjoyed David Small's graphic memoir, Stitches, anyone interested in the medical profession or mental health.  Couch Fiction is also an interesting graphic based on a case study of a psychiatrist and her client. 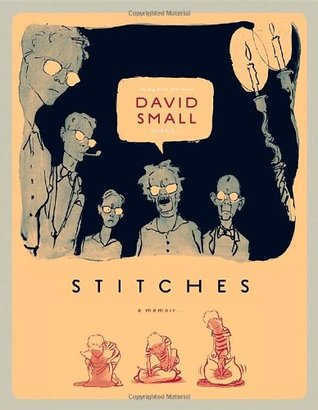 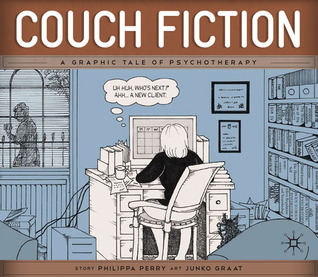