Have you seen John Carpenter's "The Thing?"  For your own sake, never watch it again.  Race Murdock watched it too many times and the horror of what he became is too terrible to describe.

But, if one were still curious, one would only need to pick up Ur by Eric Haven to find out the fate of Race Murdock.  Other discoveries include the mysterious disappearances associated with the Sewer Bear, the heroic efforts of Bed Man (my favorite strips in the book) and the revenge enacted upon those who seek to rob porpoises of their horns.

If gross depictions of death, poo and such are not one's cup of tea, do not take up this book!  The first story, "Man Cat" is a great example.

Man Cat invades a house, rips the blinds, drinks the milk and pees on the floor, then discovering a shot gun in someone's underwear drawer (I'm actually not sure about the underwear drawer thing, but it's what I like to think) blows his own head off.  Gore flies across the room, including one intact yellow eyeball!

Wait, I'm not done.  Emerging from the blown neck of Man Cat, a horrible bat-winged creature bursts through the roof of the suburban home and blasts the neighborhood with urine colored flame-bolts.

It's tough to have intestinal parasites. 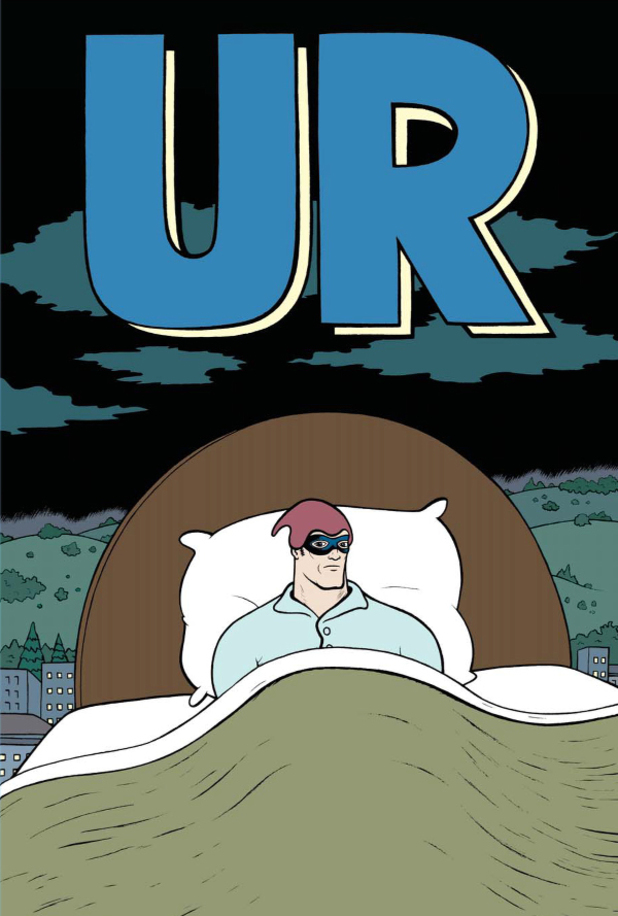